I did a browser security test. 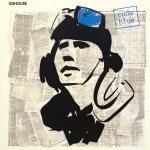